How Much Do People Love Their Pets? 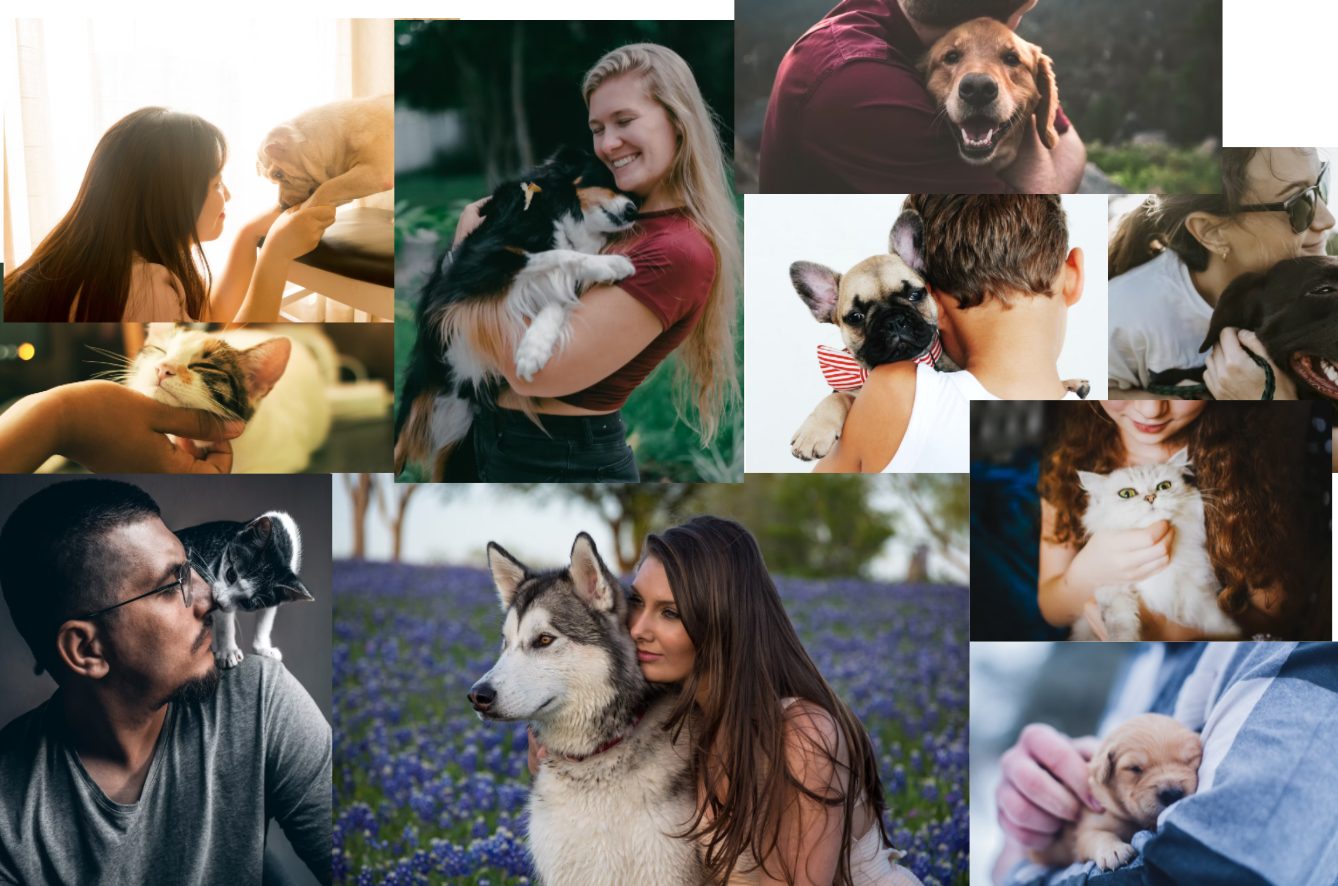 It’s no secret that pet parents love their pets. From warm and fuzzy feelings of security and companionship to reductions in stress, pets provide an abundance of benefits for their owners. And as anyone who owns a furry companion knows, it can sometimes feel like the bond between pet and owner is stronger than with other humans.

But just how strong is this bond? And how does it compare to our feelings towards our other loved ones? We surveyed 705 pet owners to find out. Here’s what we discovered.

Who Do You Love?

On average, pet parents rated family members outside of their immediate family at least 20% lower than their favorite pet.

There’s no clear scientific reason for why this might be, but scientists have theorized a number of reasons. In addition to possible mental health benefits, pets may help us feel protected and safe, or even signal wealth or status to other humans.

Whatever the reason, it’s clear that pet parents feel very strongly for their pet children. Even the rise of the term “pet parent” in recent years further indicates just how deep the relationship between humans and their pets goes.

When it comes to loved ones, they say it’s impossible to pick a favorite. But when we compared individual pet parents’ love for their pets compared to the love for other people, we saw some interesting trends emerge.

Employers and coworkers ranked worst, with only 9% of pet parents saying they loved their boss more than their favorite pet.

This part of the study made us feel like there was more to be uncovered. If pet parents rated their love for a pet higher than a family member, what would that mean if they had to make a choice between their pet or their family?

If you had to pick one…

We wondered how pet parents would react when asked to make a life-or-death decision, so we put them to the test. Here’s what we found:

A full 22% of pet owners said they would save their favorite pet from a house fire over their own mother. And 26% would prefer to save their pet over their father.

People not in the pet owner’s immediate family fared even worse in this thought experiment. This time, 35% of pet owners said they’d prefer to save their pet from a house fire instead of their significant other.

When we asked them about other humans, over half of pet owners said they’d sacrifice a friend to save their pet and almost 2 out of 3 pet owners would prefer to watch their boss burn if it meant saving their favorite pet.

This finding (that people value their pets’ lives over those of other humans) is even supported by other studies, including one from Northeastern University that showed people were generally more sympathetic to dogs than adult humans in a similar thought experiment. While we can’t say how pet parents would act in an actual house fire scenario, it does look like they place a lot of value on their relationships with their pets.

At this point, it was clear that pet parents loved their pets, but we wanted to find another way to quantify how strong those feelings were. That’s why we asked the pet parents in our survey how much they’d pay to save a pet’s life. Here’s what they said:

And while 43% of the pet parents we surveyed put the cap on potential spending at a thousand dollars or less, that may be more due to lack of available cash than willingness to spend it. Especially given that the average cost of pet ownership can come out to over $15,000 over the average 10-13 years lifespan of a dog.

Giving All You Got

They say if you really love someone, you’d give all you have to save them. But what about your body? The final test we gave our pet parents was to see how much of their own body they’d give up to save a pet. The results might surprise you.

Further study is needed to draw concrete conclusions, but we speculate that the preferential treatment pets get is a result of the unconditional love they appear to give to  their owners. While other humans are fallible, carry grudges, or expect more from each other in relationships, pets seem quite content with regular feeding and a comfy place to sleep. In exchange, they reward their owners with a lifetime of love and affection.

Whatever the reason, it’s clear that pet parents love their pets, and we do too. At VetVet, we’re dedicated to helping new pet parents discover incredible veterinarians based on what is most important to them, so they can have a long, rewarding relationship with their pets.

We received completed surveys from 708 pet owners in January of 2021. Of those, 3 sets of responses were rejected because they failed a screening question, for a total of 705 valid responses. 51.9% were Female, 46.3% were Male, with 1.7% Other or Prefer Not to Answer. The average age of our respondents was 30 years old.

Please feel free to use any of the graphics or information from this study. This work is licensed under a Creative Commons Attribution 4.0 International License. You can use it however you like, we only ask that you include a link to this page to give the team credit for their work.

How Much Do People Love Their Pets?

Feel free to get in touch with us anytime.

VetVet helps new pet parents discover incredible veterinarians based on what is most important to them.

Stay up to date with the latest news from VetVet 📰

Thank you! Your submission has been received!
Oops! Something went wrong while submitting the form.

Powered by Webflow
Disclaimer: Our content is for informational purposes only — it’s not a substitute for medical advice, diagnosis, or treatment.